Life After Sport as a Winter Olympian by Dave Coleman

Following a late call up to the 2014 Winter Olympics in Sochi, Russia, where I was a spare and had to lose 12kg in 7 days to make weight, I returned home as part of Team GB and with a certificate saying I was an Olympian. A dream I had worked for since I was 6, having watched the 92 games in Barcelona.

As I'm sure we can all appreciate the time, effort, discipline etc that goes into what we love doing and being the best we can be. While also the honour of representing our country.

One thing that I was never prepared for and I still feel is not spoken about enough, is life after sport.

For me, the bubble was burst almost as quickly as I got off the plane. One minute I was there with other Olympians, press, fans, cameras. The next I was in the car with my parents heading back to my home and my own bed. People still say to me now, “You’ve been to the Olympics?!” or “No way, you are an Olympian, that’s pretty cool”. Just like that the conversation stops. Something you should be prepared for mentally. People think it is AMAZING to have sporting achievements but do not have access to the physical and mental comprehension of what is required.

It hurt me, a lot, for several years and only recently come to terms with the fact that the world we live in as athletes is not accessible to the general population. Civilians will never understand what we go through on a day to day basis, the highs and lows. I'm not going to list them all because I know you know. Employers love having the credibility of an elite athlete on their books - however, the skill set will be new and maybe a hindrance with acquiring a position.

There must be some sort of concurrent process going on outside of sport. Not only for the life you lead following retirement but it will give you a purpose after sport. It will also support your sporting endeavours as it will allow you some mental distraction from day to day training. Personally, I took on various world record attempts, academic qualifications, multiple service roles to fund hobbies, I even managed to write a best selling book “Live To Inspire”. 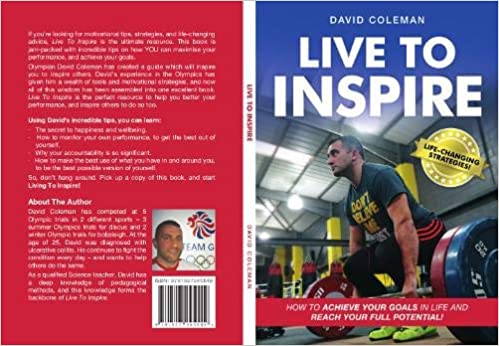 Life after sport can be dangerous. A documentary called “The Weight of Gold” highlights what athletes go through. Michael Phelps struggles with mental health issues as he is no longer able to compete. It pains me to say that some athletes have taken their own life as a result of retirement.

My advice, from experience, is to make sure you have a purpose. For me, it is to help others. Your purpose can be anything important to you. Waking up each morning and not facing a hard training session and no sign of any endorphins can be fatal. So find a way of getting these, speak to your employer. Take on a challenge. Try something new, something that you thought you couldn’t do or maybe, because of sporting life, you never had time for.

Failing this, PLEASE, speak to people. I was pleasantly surprised at how many people are willing to listen, even if they don’t understand. A problem shared is a problem halved.

Life After Sport as a Winter Olympian

If you feel like you can relate to this or want to discuss it, head over to theathleteplace discussion hub.