How I Got Into Running by Conrad Williams

Right, let's get straight into this one. So how did I get into running? Well for me it all started way back when I was little and in school. I was into a lot of sports, like basketball, football and running, but in that order. I watched the NBA a lot and played in my school team, I also played football for my local club and tried to see how far I could get with the skills that I thought I had. As much as I liked running I never did anything about it. I didn't watch any running at all, I missed all the main events like the World Championship and Olympics, growing up.

My teacher at school talked about running to me but being 15/16 I was like "yeah, yeah I will try it". After leaving school it took me a further five years before I did anything about getting into running. The previous five years were all about getting to see what was out there and particularly trying to find a basketball team to join, that was where my passion was.

After considering what my alternatives were, I took a walk in the park just to clear my head and see how I was feeling. On my way home I noticed that there was a track in the park, called Ladywell arena. So for some strange reason, I walked into the track and asked about the club and how to sign up. I spoke to the coach at the time, Larry. He told me to come back in two days... I turned up ready to go for my first group training session. 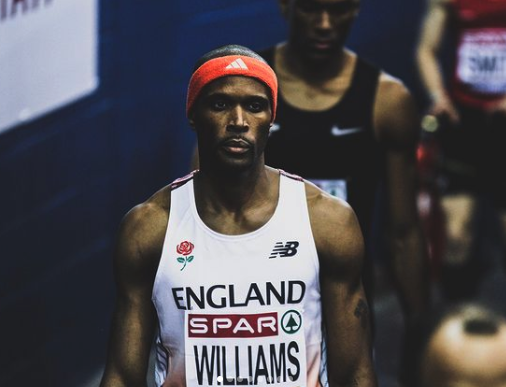 I was 21 when I had my first track session, I'd never witnessed anything like that before. I don't remember doing a warm-up but I must have done something, based on how much pain I was in and the session. I think we had some 200m off a short recovery - all I remember was the lactic burn.

I just remember how everyone was being helpful and trying to keep me up to date on how to run and techniques. It was at that moment I realised that this could be something that I could get into. I've met a lot of people and travelled all over the world - it's all because of running and my club Kent AC that gave me the opportunity. My love of running grew with me over the years, to the day that I will finally hang up my spikes.

This sport has taught me a lot of things, taken me around the world, I've met some amazing people. I've had so many experiences from the sport. Going to a big race or sometimes just being on a camp for six weeks leading up to a major championship, are some of the best for me.

The advice I would give to anyone who wants to become an athlete - it is never too late, be very focused and willing to learn from the ground up. Never underestimate the power of the mind and what it can do to get you to the top level.

How I got into Sport