It's Okay to Not Be Okay by Darcey Kuypers

By theathleteplace
Under Mindset
10 min read

When I was around 4 years old, I was diagnosed with an anxiety disorder known as Selective Mutism. For those who don’t know what this is, it’s when a child or adult does not refuse or choose not to speak at certain times, they’re literally unable to speak. The expectation to talk to certain people triggers a freeze response with feelings of panic, like a bad case of stage fright, and talking is impossible.

Although I got help when I was younger, this anxiety disorder manifests in my life to this current day (I’m now 22).  I’ve always been shy/ never really spoken much and I still get severe social anxiety when I’m in groups of more than about 4 people. It’s difficult to explain what it feels like, but sometimes I just can’t talk, it’s not that I don’t want to speak, it’s that I physically can’t speak.

At the age of 12, I started my athletics journey. Throughout this journey the amount of confidence it has given me can’t be explained, it released something in me, it made me feel safe and I’ve made the most amazing friendships because of the sport. It’s changed my world for the better.

However, it’s not always been a positive experience. At around the age of 14, certain life experiences caused me to start experiencing a different kind of anxiety, along with depression episodes. I didn’t have the easiest of school years but who does? I went to an all-girls grammar school and I don’t think I’ve ever experienced girls to be as horrible and as judgmental as they were during my school years. I started using athletics and training as my escape from everyday life which I’m sure a lot of other athletes do as well.

At the age of 14 I gained my first England vest, I started running quicker than I had ever run before. The following year, the pressure surrounded me, I couldn’t handle it, I couldn’t deal with people looking at me and everything I did, meaning that athletics became a very unenjoyable thing for me. I did however continue, I just took a step back due to the pressure, so I could learn to love the sport again. 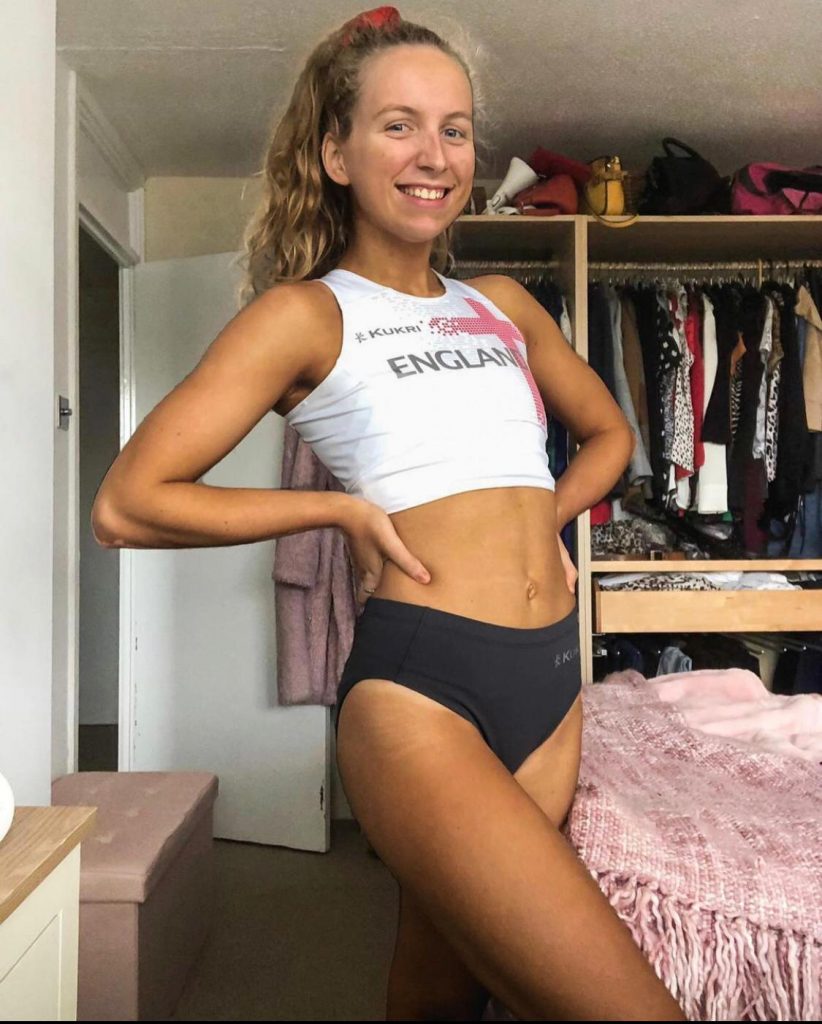 Fast forward a couple of years and I’m now at Brunel University. I took it as a fresh start, it gave me the opportunity to start again and try better and be more social; not the shy girl who never really spoke. I didn’t want to carry over the “oh we don’t know if she’s just quiet or rude” impression I accidentally gave people. I tried my best to not be known as the depressed “emo” girl people called me in secondary school.

People say that University days are the best days of your life, so why was University one of the reasons I nearly didn’t get to live another day of my life? During my time at University, I have thought about ending my life on two separate occasions, the first I rang the Samaritans hotline, the second time I went through with it and the only reason I’m still here is because of my amazing flatmates who found me in time, to whom I will be forever grateful for.

I’m not making this public information for sympathy, I don’t want sympathy, I want people to know it’s ok to be open about your experiences because as soon as you talk about it, everything gets that little bit easier, until one day you wake up and you say to yourself “I’m okay, I want to live life to the fullest”. I keep myself busy throughout University, I have a part-time job, I train 5 days a week and I’m studying for a Masters in Sport Psychology, so it’s safe to say I don’t get much time for myself. However, my anxiety/depression also meant that I had insomnia so I didn’t really sleep at night too, so you can imagine I became drained very easily.

Athletics saved me on many occasions, but it also has crushed me physically and most importantly MENTALLY. In my first 2 years of Uni, I went through my ups and downs like everyone, I experienced things I don’t wish on anyone from loss to emotional abuse. This caused a strain on my athletics experience, I couldn’t train as well as I wanted to, I wasn’t in a good mindset for competitions. Because I wasn’t competing and training well, this made me feel even worse mentally. The sport was no longer fun, I was anxious about my times as they are made so public in athletics where anyone can search your name and find every race you’ve ever done, what time you ran and what position you placed. 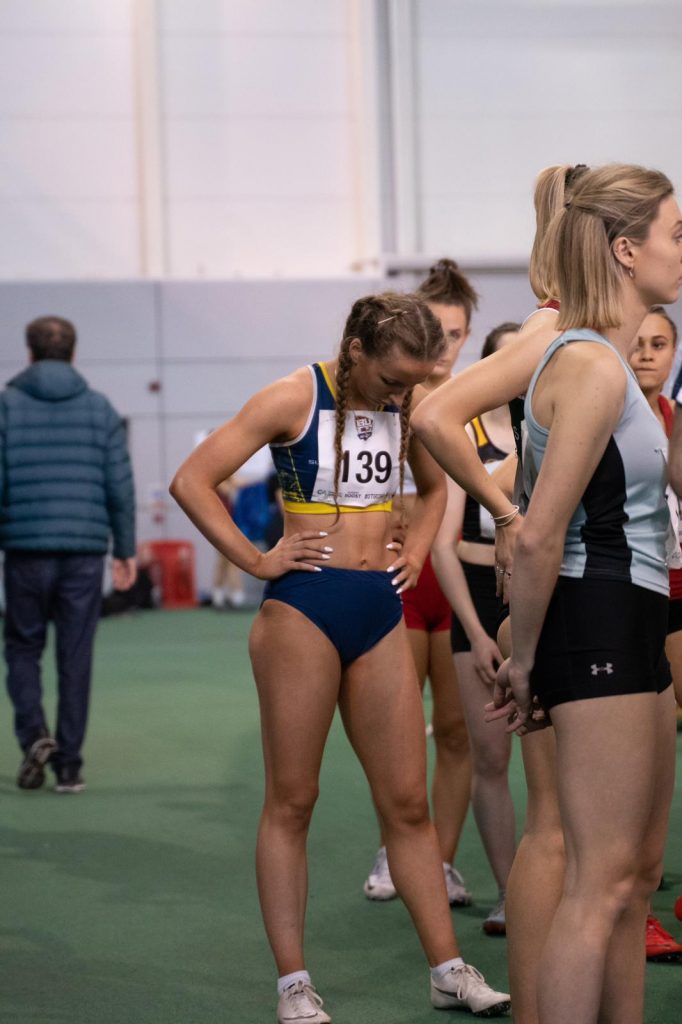 After my second year of University, I was going to give up the sport for good. I had lost all motivation and enjoyment, I didn’t want to do it anymore, it was all getting way too much, so I took some time out. My third year of University then started, I joined a new training group and had a new coach. I started to find my motivation and enjoyment again. It was as if I was given another fresh start. This is also the year that I started to be more open about my mental health and started speaking about it more. The moment I started being more open, life got so much easier and I was amazed at the response I had from other athletes who had their own experiences of anxiety/depression due to the sport.

People started coming to me to talk about it and I can’t explain the feeling of helping people. This is why I’m trying to get people to speak about their mental health more because so many are experiencing similar things and no one has any idea. I want to make it ok and normal for an athlete to ask for help and speak out about how they’re struggling.

My third year wasn’t easy though, with pressures of final year, dissertations, exams, etc. I started running quicker than I had ever run before, people started looking and watching my every move again, the pressure came back from when I was 14 years old again.

A lot happened that year but one thing I am grateful for are the people who encouraged me to reach out to the doctor for the help I so desperately needed. It isn’t an easy thing to do, and normally the doctor’s advice is just to do some exercise, but I was doing exercise, and it was the exercise that was making me feel so much worse than I already was. I was prescribed anti-depressants and it's true what they say, it has to get worse before it gets better. There is a quote I like to think of that is related to this: “No rain, no flowers''.  You will have bad days, struggle and even fail before something beautiful and great will come out of it. Without rain, flowers wouldn't be able to grow. Everyone has bad days. I now have this quote tattooed on my rib, it’s not visible to anyone but I know it’s there and it’s an encouragement, for when I’m not feeling my best... I know it’s only preparing me for better.

The tablets did eventually start making me feel better, but the doctor didn’t follow up with me, they didn’t check on how I was doing and I decided myself to stop taking them because I thought I was doing ok 6 months later. I then started my postgraduate studies at Brunel. But this time, I had scholarship pressure on me, everyone was looking at me when I was training, there was pressure on me to be the fastest and to maintain my performances from the previous year in which I gained my first Senior England Vest. I then picked up a chronic pain injury (shin splints) which I’m sure a lot of track and field athletes have experienced. However, instead of taking the rest and time to let them heal, I continued training because I was too afraid to tell people how much they were bothering me, I didn’t want it to affect the way people saw me, I didn’t want to not be able to run as well as I had been. This resulted in a lot of anxiety for me, I was competing and training in absolute agony but I was too scared to tell anyone how much pain I was in. I wasn’t running badly but I knew I could run so much better if I just let my shins heal but I also didn’t know a life without athletics and training, so if I took time out, what would I do with myself?

As I’ve said before I’m a busy person and that’s all I know, I couldn’t handle not being able to train. So I continued, but what was meant to be an enjoyable experience for me, competing, wasn’t anymore. It was just one less competition away from being able to end my indoor season so I could finally rest.

I could go on for days about my experiences and stories within the sport but I just want to get the message across that sometimes it is crappy being an athlete, but if your mind isn’t in a good place, then your performance won’t be as good either. After making my page @Notjustphysical I had an amazing response from athletes all around the UK, I had people coming to me and reaching out because they had read my story, people that had never spoken about their own mental health before. We are now 4 months later, we’re still in a pandemic. The pandemic helped me take control of my mental health, it allowed me to grow and figure out what worked best for me, it let me have a time out. The lack of training was difficult, but it also let me heal. My mental health isn’t perfect, and I don’t think it’ll ever be perfect, but I continue to learn more and more about myself and I want to encourage athletes to keep reaching out if they need help, if they want someone just to listen and someone who won’t judge them. 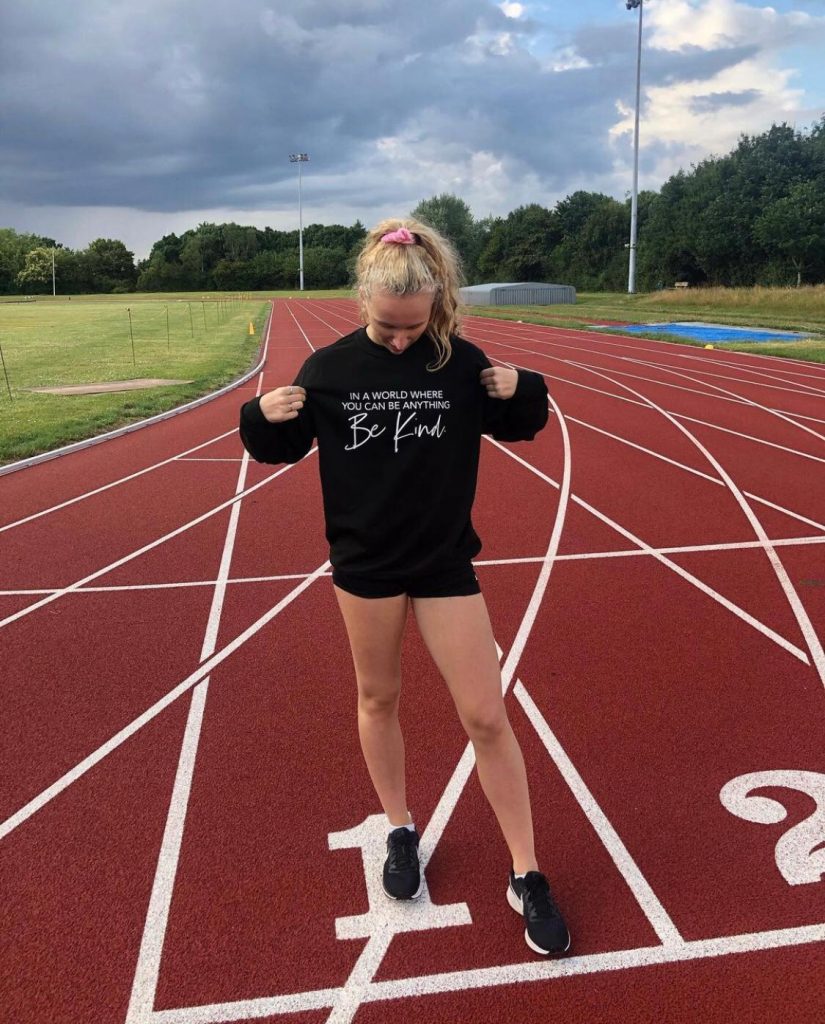 My hope for one day is to have a sport psychologist at competitions as well as a physio because, at the end of the day, your mental state is just as important as your physical state... especially when it comes to training and competing.

It's Okay to Not Be Okay

If you would like to collaborate, get in touch on socials, or at info@theathleteplace.com.

theathleteplace is proud to work with and promote athletes & content creators to produce what is needed to benefit those in need.