The Journey by Yasmin Liverpool

In some ways, being a semi-professional athlete is a thankless job. You train just as hard as those at the top do, but the rewards aren’t reaped until you make that critical breakthrough to the “elite” level. This is not a complaint about our lot, but rather an observation of fact. We are often told to stay motivated by keeping in mind our goals and focusing on the end result. However, especially due to the times we are in, these can seem rather remote. I think that’s why it is important to enjoy the journey itself. There is a huge amount of internal reward and satisfaction to be gained from putting in a high level of effort day-to-day, despite the highs and lows of elite sport. 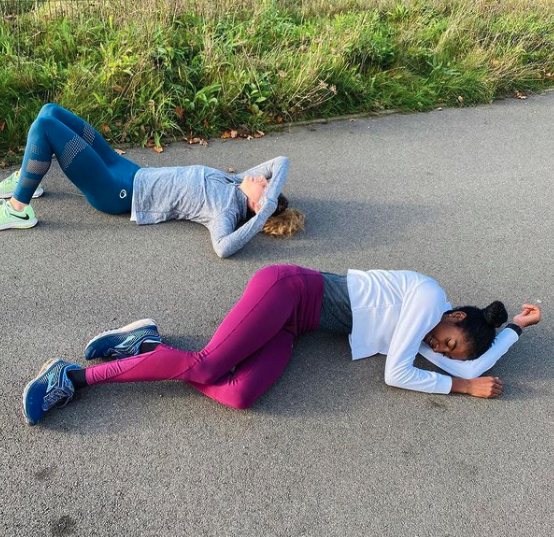 A regular position for 400m runners!

A few weeks ago I had a week of training where I felt tired, heavy and unmotivated. I seemed to just lose speed and form during sessions, not running the times I wanted to, but more importantly, not working as hard as I wanted to. As an athlete, it’s important to be deadly honest with yourself when training isn’t going well. Is your body fatigued due to a high training load, or are you just not working hard enough? I realised that at least 50% of my problem was one of motivation. I found myself looking to other athletes for inspiration. One particular sentiment resonated with me. An athlete was emphasising how talented and dedicated her coaching team was, and how this meant that she would not dare to show up to training unmotivated. I thought about my own coach, and the sheer amount of effort he puts into planning and executing training blocks to get us to where we want to be. It suddenly became very clear to me that the best way to motivate myself was to remain committed to doing him (and myself) justice by staying positive and putting in the work. The next day I worked hard, but was disappointed when I seemed to “lose it” again on the last rep. But my coach had the perspective to see the progress from the previous week: I was working harder, and staying stronger for longer into the session than I had the week before. The following day I felt even better. I worked the hardest I’ve worked in a session since winter training had started. I managed to push through a physical, and maybe also mental, barrier of pain and fatigue. Nothing drastic had changed, but my attitude had.

The other day, my boyfriend came into the room while I was doing a home-gym session. I’d already done a circuit earlier in the day and had expressed to him how exhausted I felt already. He looked at me doing floor press with a pair of dumbbells, and said: “You deserve to run fast.” To me, that captures it. The best way to enjoy the journey as an athlete is to work hard enough that you can look at yourself in the mirror and know that you deserve the results that you’re after, regardless of whether you actually do achieve them.

Check out my blog One Lap Diary, for more content!