Health, Fitness and Injuries: What Can It Do To An Athlete? by Harry Kendall

Let me start by saying, not a single professional athlete on the planet is healthy. Is it healthy to put that much stress through your knee every time you jump onto a high jump bed? Or the amount of physical pain you endure training for an Olympic 10,000m? Or bending your arm into all sorts of wacky positions to ping a javelin 90m? None of this, in the long run will make you any healthier. It does however mean, that we, as athletes, are the fittest people on the planet, and this is a distinction somewhat overlooked by many, many people. I won’t bore you with the Oxford dictionary definitions of health and fitness, and I’m sure enough of you studied P.E at GCSE or A Level to know it already, but with the amount of stress, fatigue and punishment athletes put themselves through, not one person will stay injury free for their whole career. This is why, in the following lines, I will be detailing some of the causes and effects having a fairly long-term injury had on me, and how it might affect others as well. 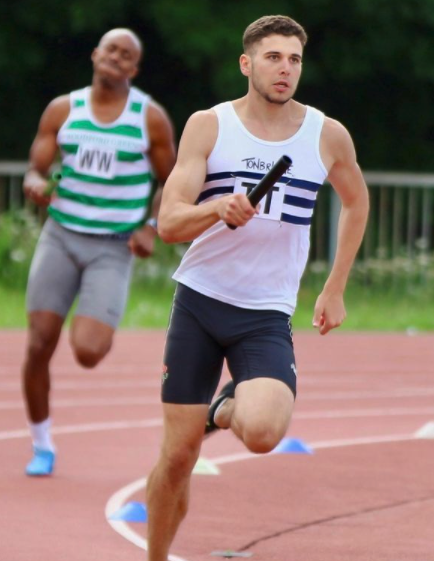 Quite frankly there are so many causes of injuries that, unless I want to write an entire dissertation here, I’ll never cover them all. I would assert that the main cause of injury, especially in younger athletes, is over training. I’m going to use my own personal experience as a bit of a case study here, in the hopes it can help others spot when they may need to slow it down a bit.

I headed off to uni at 19, knowing that the training load and intensity would ramp up, which I was absolutely fine with, I’ve never been one to steer clear of a hard session. I went from training around 3-4 times a week before, with no real weights experience to doing something every day, as is the norm at the top level. And this for me seemed to work well, until my third year where I suffered a fairly bad catalogue of hamstring and knee injuries. I recall once chatting to my coach with one of my training partners, saying that we were shattered as we hadn’t had a rest day in 22 days now, and he remarked how we were bound to feel a little “jaded” after this, and this was in my first year when I was uninjured and fit.

My improvement was relatively exponential throughout uni, and led to me earning my first International call up, but with the sessions I was doing it was only a matter of time before something broke. A typical track day session would consist of; 1-2 hours of pole vault, a full flat out sprint session, hurdles, a jump or throw, and then a full lactic or 1500m session. Sometimes these sessions would be between 4-5 hours, and as a decathlete, I’ve come to terms with the sessions being long and tiring, as I do have to train for 10 events, but this 3-4 times a week was definitely a bit far. Throw in 3 weights sessions a week on a programme that looking back now was a bit mad, consisting of around 15 exercises and if you completed every single one would take upwards of 3 hours. 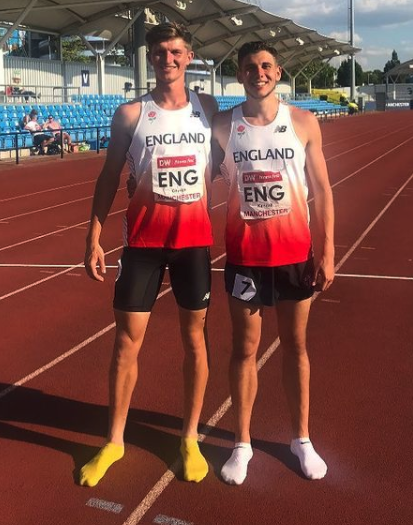 When I finally did succumb to injury (the first bad one of my career) I didn’t particularly see it as a big deal, in fact I assumed I’d be back in a couple of weeks. But it dragged on and on and a combination my own naivety and bad advice from physios and people in charge of my training and well-being led to me missing almost the entirety of that season. The mental toll of being side-lined is almost as bad if not worse than the physical toll, being trapped inside not able to train is not something I would wish on anyone, especially when you can see everyone else out improving. Being in my final year of uni, obtaining a bad injury and later on having some real trouble with my training and coaching situation led me mentally down a very difficult path. Luckily, I had a group of people around me who were a great boost and I was able to train a lot in the gym, otherwise it could have been much worse as I know it is for many others. 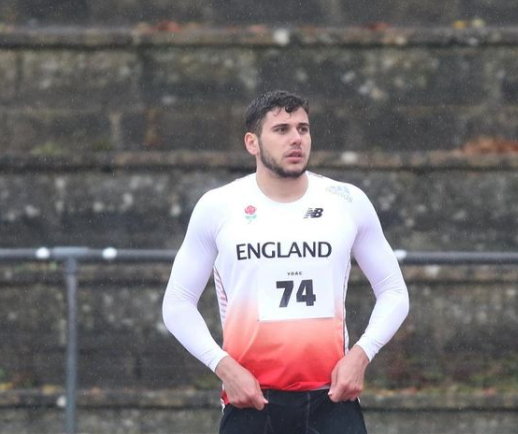 A few short tips from me to help recovery from injury and preventing it in the first place, although I hope to write another article on this exact subject soon so I’ll try not to repeat myself. The main one I cannot say enough is to be sure that you use common sense. If you are unlucky enough to find yourself injured, and you feel the advice from coaches, parents, physios is not quite right in terms of your recovery, always get a second opinion and ask around for people who have been in the same situation, as it did with me, poor advice such as being told you can come back to training or an overload of rehab exercises can dramatically slow down your comeback. Likewise, while you are recovering, don’t use it as an excuse to forget about your event and go a bit wild, which is especially easy when you are at uni and something of which I was certainly guilty. It is all too tempting to think that you don’t have to worry about training while you are out of action, and hit the clubs several nights a week, but the alcohol and lack of good quality sleep will do you more damage than almost anything else.

If this article helps even one person recognise they are overtraining or aids them in recovering from an injury or coping with their injury, it will have been worthwhile, if you ever feel like you are struggling to recover mentally or physically from an injury then please talk to someone you know because I can guarantee that people will have gone through the exact same thing as you. For now, stay positive, tracks will be opening soon!

Health, Fitness and Injuries and what it can do to an athlete.