Team Selection: Why Do We Try So Hard? by Dan Putnam

Track and field is tough.

Grinding it out almost every single day, through bitter, cold winter nights, all to try and make the smallest improvements that could be the difference between representing your country or not in major Championships. The one saving grace is that our sport is based on facts; who can run the fastest time, jump the highest, throw the furthest, so in theory if your performance is better than your rivals, the selection is guaranteed, right? Well, apparently not.

My career has been a little different to most in track and field, starting when I was 13 years old and making significant improvements in the 100m, 200m and 400m year on year. Winning Age group championships, English Schools titles and finishing off my Junior career medalling in the World Junior Championships as part of the 4x400m relay team. I then looked ahead to University and a fresh start in Loughborough, the place where athletics dreams are made?

I hit my 20th birthday with a 400m PB of 47.16, fairly modest, but on the fringes of the country’s elite, and with my whole twenties ahead of me, it was an exciting time for me in the sport.

Last December I turned 30 years old, with a sparkling new 400m of… 47.08. Eight-hundredths of a second was all I could take off of my best from a whole decade of ridiculously hard work and sacrifice for my sport. Three coaches supported me through my twenties, until the final one abandoned me, where I took the opportunity to start coaching myself, to see if I could somehow rectify the car crash of an athletics career that I had experienced for 10 years.

Covid hit after my first season self-coached, which presented its own challenges. No track use for months, no support from anywhere and in early 2021 not even being allowed to compete in the Indoor season as I was deemed not ‘elite’ enough. But I rode the storm like many others who had to face the same and came off a good winter in 2021, ready to hit 2022 with all I had.

The breakthrough felt amazing and took a huge mental weight off of my mind. Over the next 3 weeks, more improvement, 46.6, 46.4, 46.33 and then following the disappointing non-selection, I ran 46.30 at Stratford, my current PB writing this. The faster I ran, the easier the race felt, and I was now mixing it with Britain’s best, just in time for Major Championship selection. No men’s 4x400m relay team for the Commonwealth Games, or the World Championships, so sights were set on the European Championships in Munich. I knew I would be very much in the mix for selection, but the phone call never came. The team was announced, and it appeared I had just missed out by a few hundredths of a second. A tough one to take, but this sport is done on hard stats, so I knew I just hadn’t quite done enough, despite being in the form of my life and getting quicker week by week.

Turn of events, a dropout in the team, surely I was next in line? No. How? Well, I don’t know. On head to head with my rival, I was ahead, with a higher placed finish at the British championships, and on top of that, a quicker PB and SB.

Eager to at least find the reasoning behind not getting selected, I had to contact the selectors, as there was absolutely no intention from their end to contact me. I get in touch, state my name and why I am calling, and the response received was “who?”. The selector had never even heard of me, I was never even in a discussion at any point for selection, it was quite literally as if I didn’t exist.

I have been in the sport for long enough now to have seen some bad team selections for major championships, athletes missing out for genuinely no reason at all over others who have been selected. I had never been this close to selection before to experience it first-hand, but can now, unfortunately, say that I am on the list of athletes overlooked without any reason, even when you hit the criteria that the selectors say they are looking for. 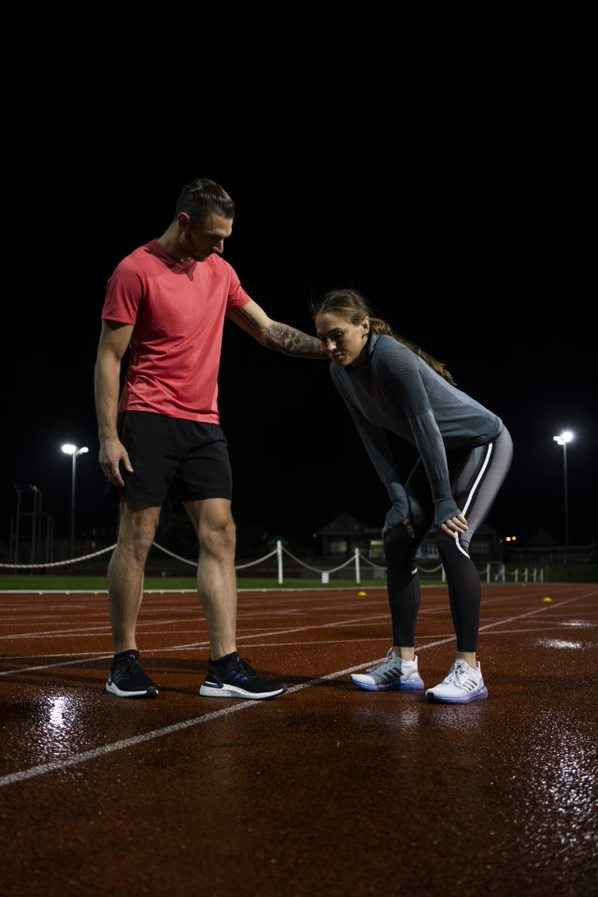 How can I put myself in a position where I have literally done enough to be on the team, yet the selectors haven’t even heard of me before? This sport is so easy to judge, as every performance has a time, a height, a distance that can be compared to other athletes, and combine that with a website like ‘thepowerof10’ to put all of the results together on one page, selectors must have the easiest job in the world, right? No one should ever miss out on representing their country when they earned a place on that team right? Well actually, wrong. Almost every year athletes suffer this fate, despite many of those speaking out about it in the past. How can things be changed to ensure that this stops happening? Or do we just accept the fact athletes will continue to work hard every day and sacrifice everything, to then get unfairly left out of selections, something that can change that athlete’s career/life forever?

*Update - it’s always important that we don’t let moments like this keep us down. Certain things are out of our control whether we like it or not, but the show always goes on. My first race post selection I ran another PB of 46.30, exactly what I needed mentally. It’s easy to lose motivation at times, but it’s vital to look at where you were weeks, months or even years ago, and where I am now is all the motivation I need for a big season next year.

A Message to Those Who are “One-Step Below the Top” by Jacob Nelson
The American Dream: A Bed Of Roses, Or A Mass Of Thorns? by Catherine Reid
Like
Share Tweet Share Pin it